To have the optimal experience while using this site, you will need to update your browser. You may want to try one of the following alternatives:

About SERVPRO of St. Augustine 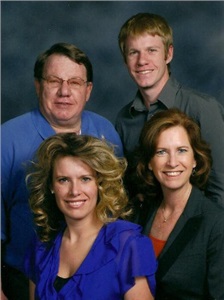 Owners of SERVPRO of St. Augustine

SERVPRO of St. Augustine has been locally owned and operated by Tom Braddock and Robin Braddock since 1981.

They are a family business with strong roots and ties in the community. Both Tom and Robin Braddock are originally from Northeast, Florida. Tom is from Jacksonville and grew up in Atlantic Beach. Robin was born in Gainesville, Florida, and was raised in the Flagler County/Palm Coast area. Tom graduated from Fletcher high-school in Neptune Beach, Florida in 1967. He volunteered for the United States Airforce in 1968, and proudly attended Florida State University on the GI Bill. Tom began working for SERVPRO in Jacksonville as a technician in 1976.

Robin Hardin Braddock graduated from Flagler Palm Coast High School in 1976 and moved to Jacksonville in 1978 as a medical assistant, following her graduation from Daytona Beach Community College (now Daytona State College). When Robin and Tom met in 1978, they saw SERVPRO as a good opportunity to not only be in business for themselves but to serve the community they loved so much.

They purchased their first SERVPRO franchise in St. Augustine, Florida in 1981. Following with the Mandarin and Jacksonville Beach/ Ponte Vedra franchises just a few years later, making Tom Braddock and Robin Braddock's SERVPRO the longest continuously running cleaning and restoration company in North East Florida. Their two children, Lauren Braddock Alcorn and Andrew Braddock are now involved in the family business. Andrew works as an Estimator, Crew Chief, and Project Manager, and Lauren as a Commercial Accounts Manager and Large Loss Project Manager. Their son-in-law, Benjamin Alcorn, operates their franchises as the General Manager and also runs their Storm Team. The Braddock and Alcorn families, proudly making it "Like it never even happened," in Saint Augustine, Florida for over 40 years!

For a stress free claims process, SERVPRO works with your insurance to help manage the insurance process and paperwork.

We also accept the following credit cards for your convenience: